Tesla and the pigeon of death

Nikola Tesla’s name is synonymous with pioneering electrical developments, and he is accepted as the originator of many devices – not the least of which is the AC induction motor – which we now take for granted. His inventions form the basis of much of the technology we currently use and although controversial, his life is now celebrated by engineers and history pundits alike.

Wherever electrical equipment and systems are installed, electrical hazards exist. The most common of these hazards are shock, arc flash, and arc blast, and they must be identified and assessed to determine if and where each of them exist. In addition, businesses must assess the potential for exposure of personnel who work on, near, or interact with the electrical equipment. Electrical standards and regulations worldwide include requirements for assessing the workplace to identify hazards where employees would be required to wear personal protective equipment (PPE).

This article is intended to familiarise readers with frequency response of stray losses (FRSL) testing for transformers - an invaluable test technique that is rapidly gaining recognition in the industry because of its ability to reveal problems that would be missed by other electrical test methods.

FRSL as a test tool for transformers was first discussed and investigated by Hydro Quebec in the 1970’s because of its ability to detect winding deformation. Hydro Quebec concurrently examined the use of the sweep frequency response analysis (SFRA) method and leakage reactance testing for the same purpose, and ultimately SFRA, together with leakage reactance testing, became the accepted tools for confirming winding deformation.

For some time, FRSL went largely unused. That is, until its seemingly latent diagnostic strengths were exposed. Of particular note was the discovery that FRSL was very useful for revealing short-circuits between individual strands within a conductor bundle. This is a failure mode that, until the advent of FRSL, had been undetectable with electrical test methods. 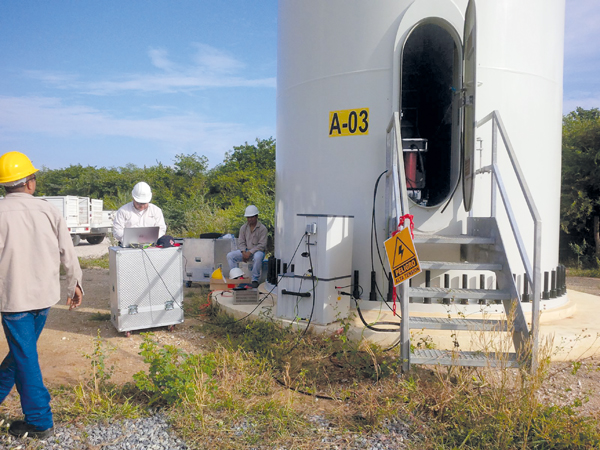 Reclaim the potential of your transformer technical library

Most engineers amass a collection of invaluable reference materials throughout their careers. Most have also dealt with the angst resulting when a valued reference piece goes M.I.A., which fuels subsequent reluctance to loosen a tight grip on these libraries. Since in most cases, personal financial investment has grown these libraries, which typically include university textbooks and the like, often when these valued employees move on, these treasure troves follow.

This highlights an interesting aspect to succession planning; that is, the advantages of establishing and maintaining a protected corporate library, accessible to all. A corporate library serves important roles, including: (1) spreading valued knowledge much further within the organization and (2) aiding with succession planning as an additional way to pass knowledge.

Performing high voltage insulation diagnostic tests (power factor, tan delta) on large capacitive specimens like generators, motors, capacitive voltage transformers and long lengths of cable always presents a challenge. Typically, these tests are performed with the aid of a resonating inductor to neutralise the load presented to the test set by the capacitance of the specimen. Unfortunately, these inductors are expensive, heavy and complicated to operate, which means that an alternative approach is desirable. 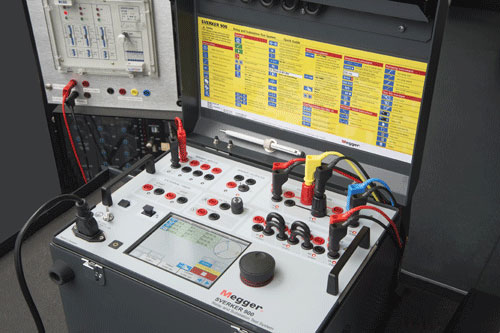 Embedded or distributed generation schemes,  where a local generator is connected directly to the distribution network, are becoming widespread. The operators of these schemes face an important challenge: how to ensure that the system behaves safely and predictably if the local generator becomes isolated from the network – a condition known as islanding.

There are numerous potential hazards associated with islanding, not the least of which is that engineers working to restore the network connection may not realise the system is still powered. Another hazard is that the generator may continue to supply local loads but, without support from the network, this may result in it being heavily overloaded.

The solution usually adopted to address these hazards is to immediately shut down the islanded generator, but this can only be done if a fast and dependable way of detecting islanding is available. Many approaches are possible, but one that is widely used is rate of change of frequency (ROCOF) protection, which has established a reputation for responding faster and more reliably than alternative protection techniques.