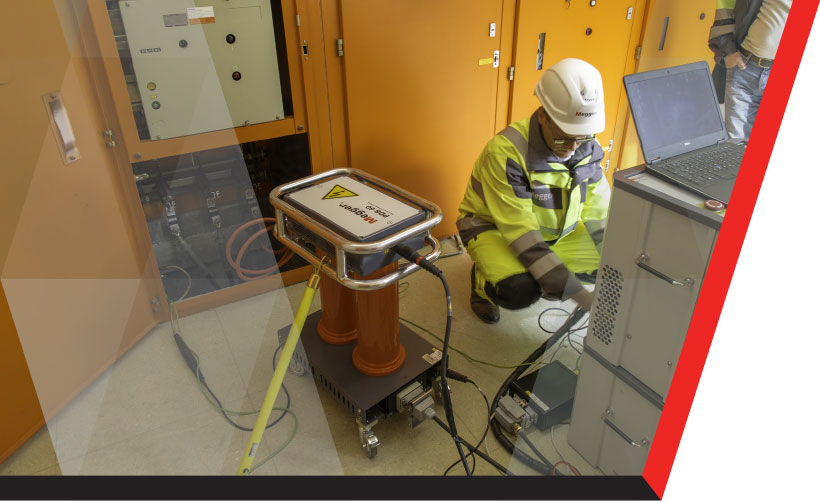 When assessing what might at first appear to be a “new technology” in the power industry, it is reasonable of any client to seek a degree of evidence of its established provenance offshore and in the application to which it is intended to be applied in the ‘local’ context.

When that ‘new technology’ is in fact well established offshore but new to the local market, one must consider the question as to what would constitute a suitable level of information to inform, address, and allay in reasonable fashion any uncertainties or questions as to the suitability of the technology for the intended application and also the quality of its said provenance. Clearly, no technology will ever hold 100% of the market or technical opinion but it would be a fair observation that evidence of widespread uptake over a longer term, coupled with a selection of technical papers that all concur on the technical quality and advantages of the technology over alternative or conventionally-deployed solutions, should be deemed to be a tipping point to allow that technology’s confident and optimistic deployment locally.

The purpose of this paper is to convey the background, deployment level, international uptake, and technical evidence enough to allow one to embrace with confidence the ‘near 50Hz’ partial discharge cable diagnostic testing technology applied to both new and in-service condition assessment of one’s 11-33 kV cable population.

Background to the Technology:

The ‘near 50Hz’ cable diagnostic technology has its origins back in 1980s with Seba KMT in Germany who produced the first patented commercial such equipment in 2004. Seba acquired several European based cable testing equipment companies and built up one of the world’s largest centres of research and expertise in cable management technology. Seba KMT was purchased by Megger Ltd in 2012 and Megger has since expanded the former Seba KMT operation, capabilities, and technologies worldwide.

The ‘near 50 Hz PD’ cable diagnostic technology was first delivered to the New Zealand power distribution industry, EDB’s, generation industry, private networks, and contractors, by AVO New Zealand in October 2017 and demonstrated to the market in January 2018. Since that time the technology has been featured at the June 2018 EEA event, the August 2018 AVO NZ International Technical Conference, and attracted very strong interest from all sectors, including the Regulator. The appeal here is the ability of the technology to conduct (for the first time ever) formal, planned, and comprehensive surveys and risk management of the entire 11-33 kV cable population in New Zealand, an endeavour that has not previously been practicable. Its ease of use and its cost-effective application to the task has commended its market acceptance in both New Zealand and, indeed, worldwide.

Currently, the total sales of ‘near 50 Hz’ cable diagnostic equipment worldwide since 2004 has exceeded 1000 pcs and growing rapidly.

Perhaps the best illustration of the argument for the near-term uptake of the technology in New Zealand is by virtue of its now being in preferred use for 11-33 kV cable diagnostic work in the vast majority of mature first world countries, including:
- Netherlands
- Germany
- Spain
- Italy
- Belgium
- Sweden
- Czech Republic
- Slovak Republic
- Romania
- Hungary
- Russia
- Finland
- Poland
- Singapore
- Malaysia
- Indonesia
The latter 3 countries have integrated near 50 Hz PD testing into their cable testing standards.
Emerging markets taking up the technology include:
- Kenya
- Tanzania
- China
- UAE
- Cambodia
- USA
- UK
- New Zealand (1 set sold to date to WEL Networks. It has been approved for use on the Wellington Electricity (WELL) network, and by Transpower. Several more networks are pending their approval after assessment and multiple EDB and Industrial sites have already sought a ‘near 50 Hz PD’ contracted service. 3 contractors to date have registered their confidence in the technology and their willingness to take the service to the NZ market.
- Australia (behind NZ but interest quickly building. Notably, Ausnet Melbourne has recently reported excellent success with the ‘near 50 Hz PD’ Damped AC (‘DAC’) cable diagnostic technology on their in-service HV cables over the past 10+ years!) 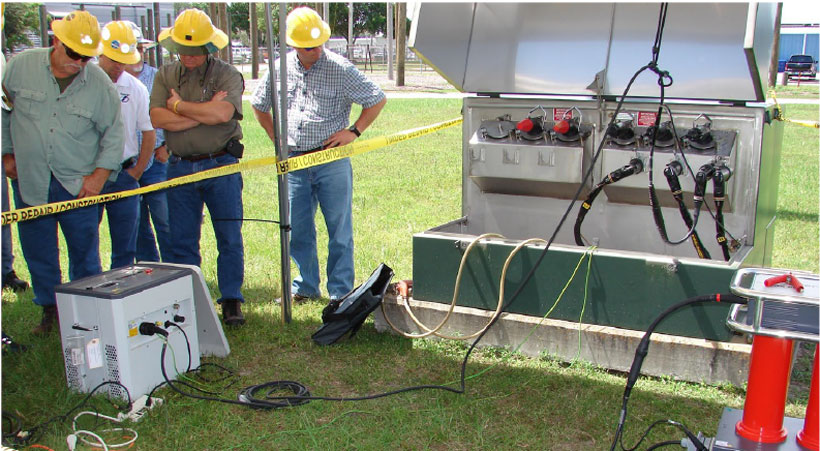 In his thesis published in 2003, Professor Dr. Gunter Voigt (paper available upon request) of The Hochschule Konstanz, (a German university located in Konstanz, Baden-Württemberg, Germany) published a study of findings of other authors. Page 13 Section 2.3.8 complies the findings of some 7 authors on the observation that the PD inception voltage at 50Hz has always been lower than the figure obtained by using VLF sinus equipment. The ranges of that difference are as much as 0.5 times the PDIV at 0.1 Hz. In other words, the sinus 0.1 Hz approach was found to under-represent the severity of the PD problem in each case. The authors cited in the table are also well known for their strong research in this matter: Ref 13: Pepper and Kalkner; Ref 14: Muhe, Sumereder; Ref 15: Pepper and Kalkner; Ref 18: Colloca et al; Ref 19: Gockenbach Hauschild; Ref 20: Voight, Mohaupt; Ref 21: Voight.

Indeed, in another of his papers from the same year (May 2003): “Partial Discharge Measurements on service aged Medium Voltage cables at different frequencies” by Gunter Voigt, University of Applied Sciences, Konstanz, Germany and Peter Mohaupt, BAUR Prüf- und Messtechnik, Sulz, Austria, Voigt concluded: “Experimental results on service aged cable show that the inception voltage at VLF is slightly higher [ in fact 33%!] compared with 50 Hz tests and the number of discharges may be significantly less.”

A pivotal early paper to show the advantage (over 0.1 Hz sinus VLF) of conducting field-based HV cable diagnostics at the IEC ‘Power Frequency’ range of 30-500Hz, was published in 2004 (VWEW Info day seminar, 2004…see ‘Difference PDIV between 50hz and 0.1 Hz’, a paper also available on request) by E-On [a very large European utility company with approx. 120 billion € annual revenue at that time and 35 million customers in EU]. E-On commissioned a comparative test of sinus 0.1 Hz PD testing, and 50 Hz testing. The results showed a marked dependence on the rate of change of test voltage (dU/dt) on the PC inception voltage (PDIV) and PD parameters in general. The results of this test showed that PD behaviour was highly dependent on voltage gradient over time…the lower the rate of change of voltage, the lower the PD activity. The matter was particularly sensitive in layered interfaces (accessories…joints and terminations) because of surface discharges/tracking/interfacial discharges. See Megger IEEE T&D paper attached which summarises this work.

The above findings were supported by various scientific publications that followed, a significant one being: N. Jäverberg, H. Edin: “Applied Voltage Frequency Dependence of Partial Discharges in Electrical Trees”, Proc. IR-EE-ETK, Stockholm, Sweden, 2009 (paper on request….see 4.Conclusion, highlighted). This again determined that PD extinguishes at very slow dU/dt and that waveforms in the IEC power frequency range (30-500 Hz) were strongly preferred for PD field testing.

A large number of papers now exist to echo the above findings. By way of illustrating a consistent impression of the advantages of ‘near 50 Hz PD’ only, we refer to the following papers: 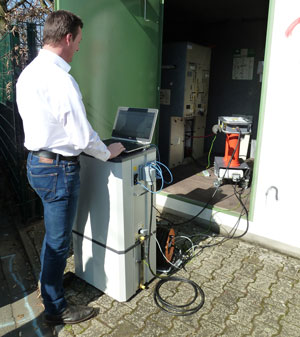 By way of summarising the above body of comment ranging from 2003 to the present day, one may confidently conclude:

Having illustrated above the outstanding merits of a ‘near 50 Hz’ approach to diagnostic HV cable testing, it is a fitting moment to speak briefly as to the application of this technology to the task.

We have spoken of two waveform types commonly used for the purpose, ‘DAC’ [damped AC, a decaying AC pulse of 5-7 cycles with a frequency component of 30-500 Hz nominally to IEEE400.4] and ‘CR’ [Cosine Rectangular VLF continuous waveform, having essentially an identical frequency composition as the DAC]. Both waveforms, when applied to an ‘in service’ HV cable, will result in comparable Partial Discharge patterns (amplitude in pC, and pulse count), also being reflective of the results that would be identified in a 50Hz operating environment but with the advantage that both DAC and CR can be generated from a much more compact and lower cost test set than an off-line 50Hz source.

Typically, for in service cables one would apply a DAC waveform for diagnostic purposes, testing between 0.5Uo, Uo, and up to 1.7Uo. Where one encounters wet joints, CR offers an advantage of ‘drying out’ the joints prior to PD testing.
This technique typically allows diagnostic PD testing of XLPE cable of up to 6-8km, and PILC cables of up to 3km. Longer cables would be tested by measuring from each end.

For commissioning new HV cables, the Industry still calls for a continuous over pressure test for a period of time. These levels of test are determined by IEC 60502-2 and IEEE 400.2. One has the choice of applying a VLF pressure test for up to 60 mins then immediately following it with DAC testing or to combine the VLF test with a ‘monitored PD withstand test’ using the CR waveform. The CR waveform is suited to this but DAC is not, by virtue of it not being a continuous stress test. The Industry internationally has widely embraced the ‘monitored PD withstand testing’ using CR, finding it to also be very time-efficient. Indeed, savings in time of well over 30 minutes per cable are enjoyed, allowing a significantly greater productivity of diagnostic testing in the day and a reduced per cable testing cost.

So, for an optimal cost-and-time-effective outcome in performing diagnostic ‘near 50 Hz’ testing for HV cables both in-service and under acceptance/commission , one is advised to specify (or seek from your contractor) the use of a test set that offers both CR and DAC waveforms.

By way of a final observation, a comprehensive diagnostic testing of in-service HV cables only also requires a VLF Tan Delta test, the results ideally being presented along with the stated recommendations from IEEE400.2. For such cables, one should specify this test in conjunction with the near 50 Hz PD diagnostic testing. In applying this technique, please note that it has full validity on older in-service XLPE and PILC cables (or mixed such cables) but the use of VLF-TD has been found to have no useful diagnostic benefit (and is discouraged) when testing TR-XLPE cables under nominally 7 years of age. Were smaller sections of such cable to be present on older circuits of predominantly PILC cables, the matter is less relevant as the Tan D values of the PILC cable would dominate the reading obtained.

Disclaimer: The information contained in this discussion represents a selection of papers and material gleaned by the Author from a variety of sources, presented as an illustrative outline of a wider perspective to the same effect that one would also generally observe in the wider literature. The opinions and conclusions made are based upon the representative evidence and material tabled and represent best efforts and summaries to this end by the Author.